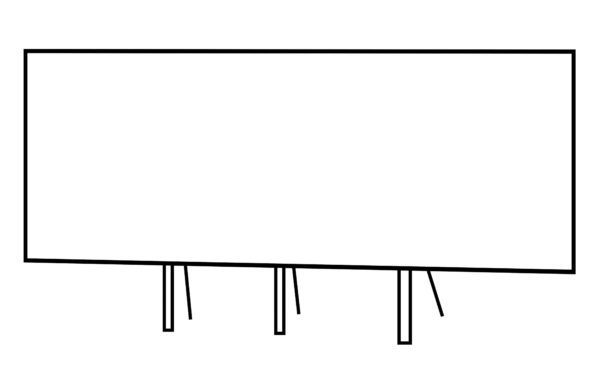 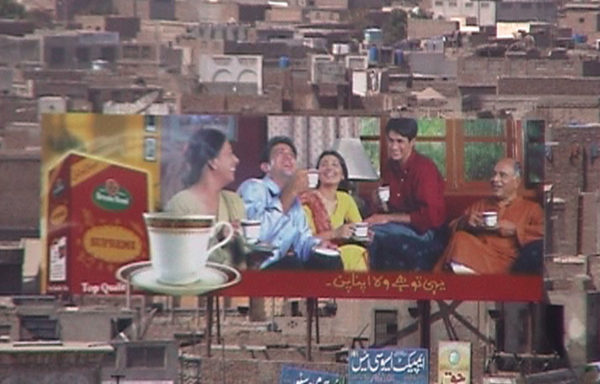 Large billboards dominate public space in Pakistan. The advertising images are often in stark contrast to the surrounding place. East is East underlines the absurdity by doubling this image. The video projected onto a large billboard shows the skyline of Multan, a 2 million city in Punjab. It zooms in on an English-looking tea advertisement.