In her work Sophie Ernst asks questions about mediated perception. She looks at relations between architecture or objects and our memories and sense of identity. Her works evolve from conversations and interviews, and she sees making art as a response to these encounters.

A newspaper clipping collected during her time teaching in Pakistan prompted a search across Israel for the descendants of the Jewish community of Karachi. The conversations that followed resulted in the HOME project, which was the subject of Sophie Ernst’s first Solo show in the UK at the Yorkshire Sculpture Park.

The work called The Silent Empress sprung from walks around London with an Indian friend. Encounters with statues of Imperial figures, Generals like Clive, Havelock, Gordon, Napier, Lord Curzon, and Victoria (Empress of India) prompted The Silent Empress. This is a work of precarious iconoclasm, which was intended as a make believe apology for Europe’s Imperial colonisation.

The recurring medium in Sophie Ernst’s work is projection. Projection is also the subject of the publication “The Magic of Projection; Augmentation and Immersion in Media Art” (2016). A further investigation into the history of projection is the commission by Museum De Lakenhal titled De Toverkamer (2019) .

Sophie Ernst is a sculptor and video-artist. She writes about projection. She teaches art as a social practice at the Korczak School, a vocational school for social professions. Before studying sculpture Sophie Ernst trained as an industrial mechanic with BMW in Munich. She was a resident at the Rijksakademie voor Beeldende Kunsten in Amsterdam and holds a PhD in the Humanities from Leiden University. 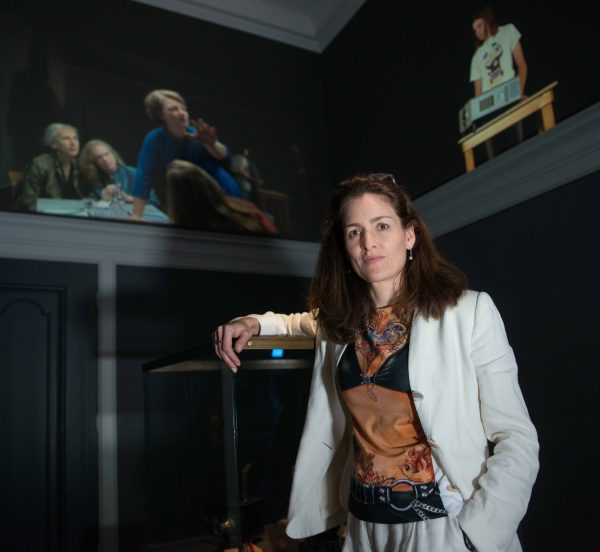