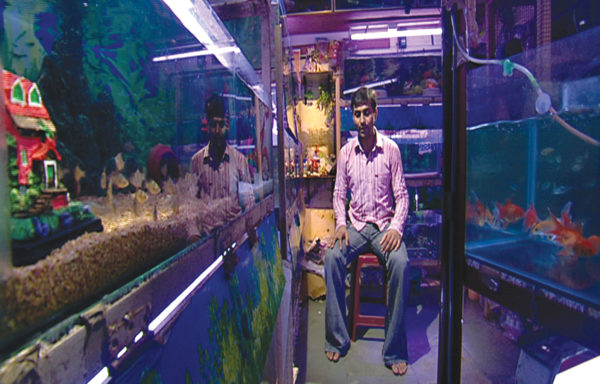 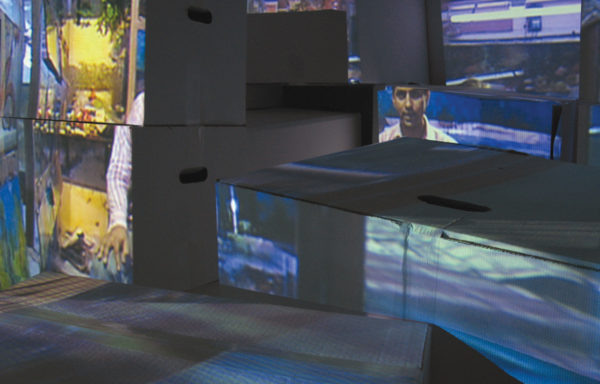 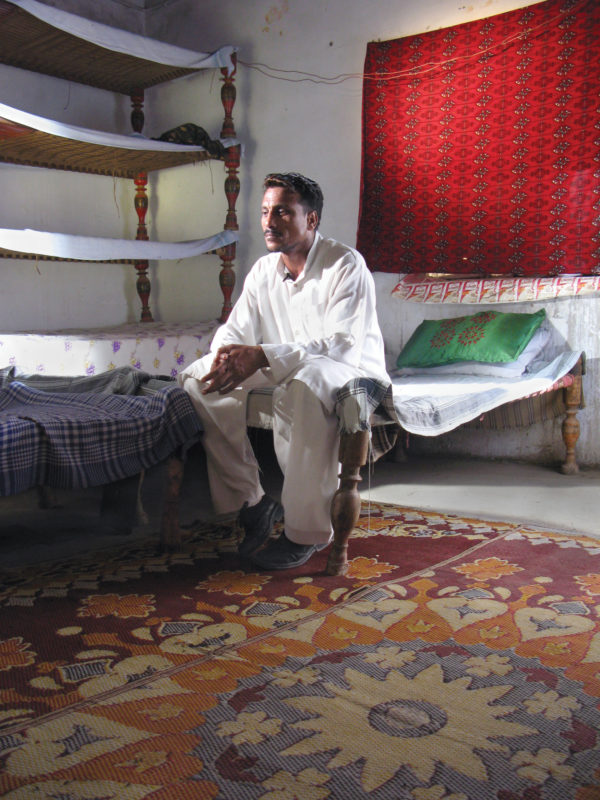 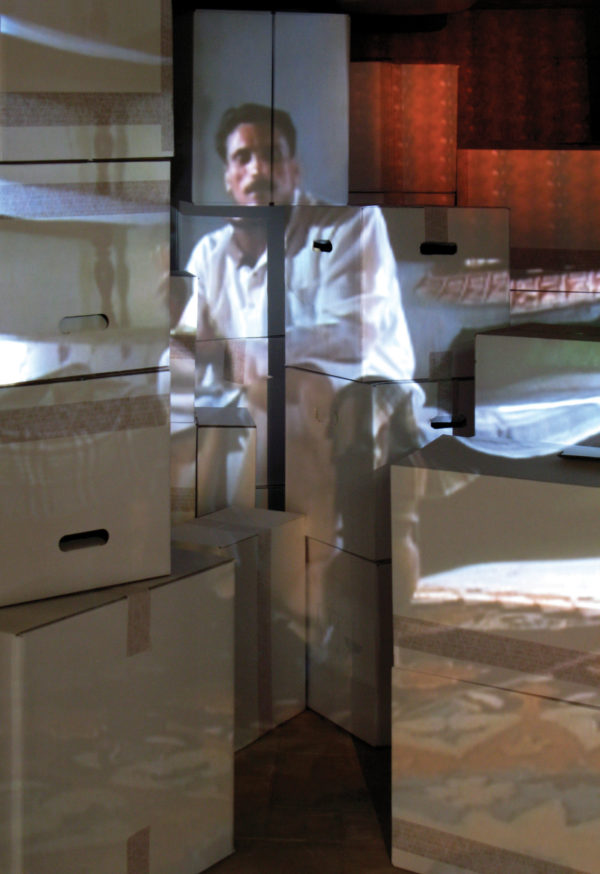 The title of the work quotes Peter Bichsel‘s children‘s story Amerika gibt es nicht. The work consists of documentary video portraits of young men. These clips are projected onto an uneven ‚screen‘ of stacked cardboard boxes. The portraits were made in Pakistan and India and show men who want to emigrate to the West. They describe their ideas of living in America. As a listener one senses the frustration of the men who have failed to emigrate in their previous attempts. It also becomes clear that their society offers them no way out of their situation. The work is not shown in the official exhibition galleries but in adjoining rooms, e.g. in the basement of a gallery, or in the stairwell of a museum.